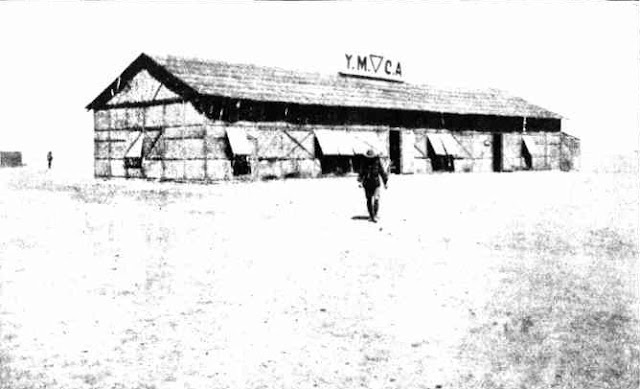 The YMCA Tent at Tel-el-Kebir, the venue for the concert mentioned below.
Published in the Sydney Mail, 28th June 1916.
[Courtesy of National Library of Australia - Trove]

Again on Manoeuvre Area all day. General Hobbs inspected us at Brigade drill, afterwards had us formed up in Mass and addressed. He said he was delighted with the work done, and would tell the Divisional Commanders that the Brigade is ready to take the field at a moments notice. Men had a first class concert tonight in Y.M.C.A. tent. Major Burgess received a wire of Congratulations from General Birdwood on his D.S.O. We have not yet been informed of the exact nature of Capt. Waites decoration.