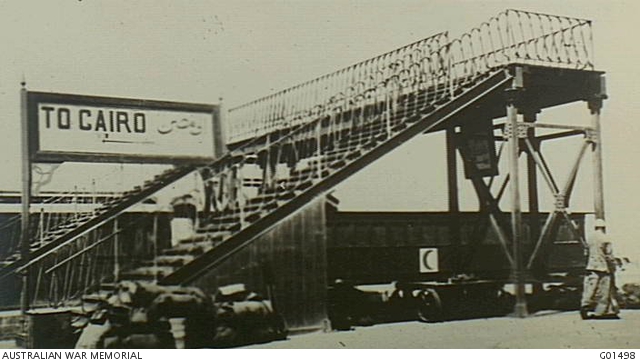 Slept very comfortably during the night. Had early breakfast. Saw Aerodrome at this Station and watched two planes ascend. Quite a large number of troops camped here. Arranged with R.T.O. that we should again entrain and move off for Serapeum at 10 AM. We entrained, but for some inexplicable reason we did not leave Camp Station till 2.30 PM, and did not reach Serapeum till nearly dark. Both today and yesterday all the officers as well as men have had to ride in trucks without seats, and naturally the journey was exceedingly uncomfortable. On arrival at Serapeum I reported to D.H.Qrs, was told where our camp was to be pitched, got our tents erected, horse lines arranged for, and our evening meal prepared. Turned in early, but ground was uncomfortably hard.