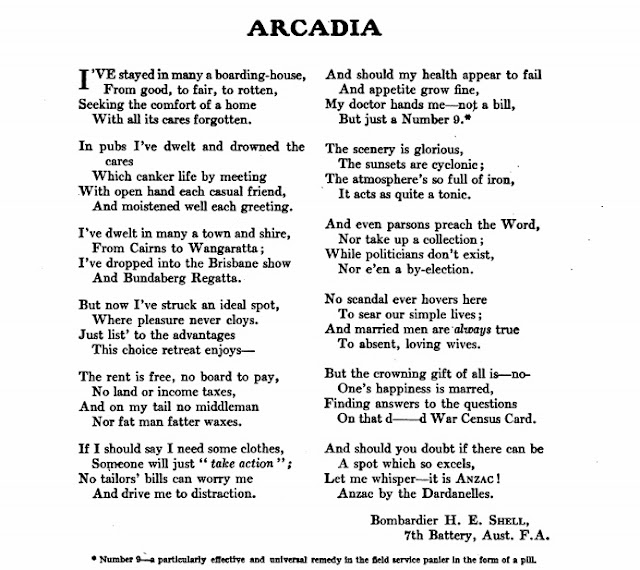 "ARCADIA," a poem attributed to the clever moniker "Bombardier H. E. Shell" of the
7th Battery, Australian Field Artillery - taken from The ANZAC Book, for which Col.
Rosenthal was designated President for the Committee of sale (below).

Today I was transferred with others to form the 11th Brigade. Recommended as Q.M.S.

New Divisional Artillery settling down. Syllabus of Training for Officers and N.C.Os. issued to Brigade Commanders.

I am not quite happy re Col. Tunbridge’s appointment to a Brigade. He has never even Commanded a Battery.