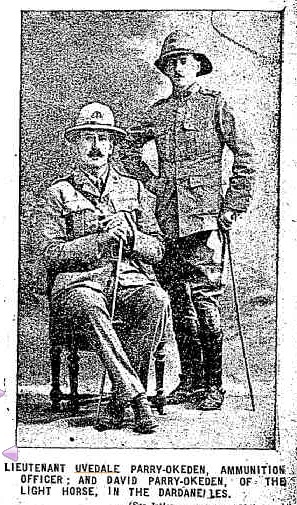 All selected officers, N.C.Os. and men for new Brigade of 4th Division paraded before General Hobbs at 9.30 AM. He explained the expansion of Artillery now going on and wished them well in their new positions. General inspected lines at 11 AM. Very satisfactory. Ordered last night by General Hobbs to place Capt. Parry Okeden under arrest and to investigate charges made against him of using obscene language and of being drunk. With Major Burgess took summary of evidence, examining many witnesses. Papers forwarded on to General Hobbs.