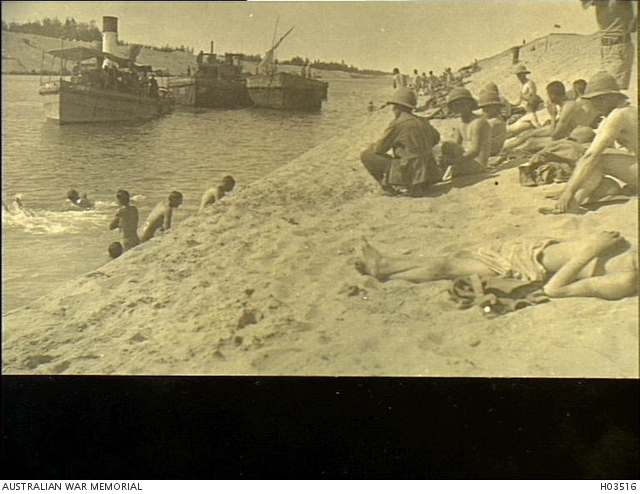 Rafts under tow, and loaded with stone, arriving at Serapeum to be unloaded by
the 12th Field Company Engineers, 1916 - the stone was to be used for road making.
[Courtesy of Australian War Memorial - H03516]

Rode out with Major Anderson to left flank of advanced position 11,000 yards out from Serapeum.

Spent the day in reconnaissance. Went out well in front of our Infantry line. Very suitable position for three Batteries of Brigade.

Road making Transport of stone, firewood, timber etc. in dhabeen. Water being laid on and tramway being constructed. Took a few interesting pictures.