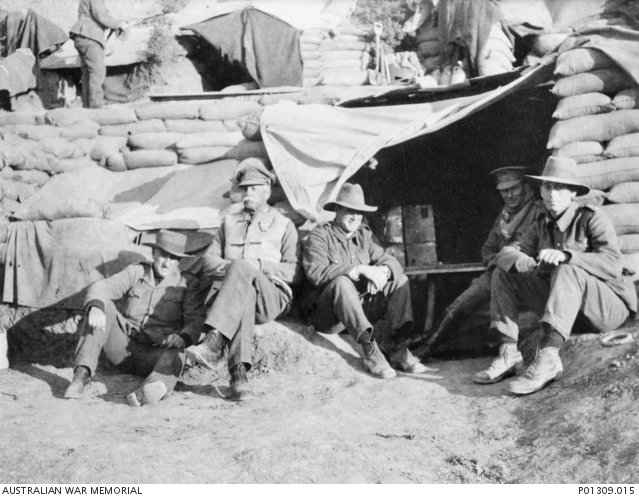 General (then Lieut. Col.) Charles Frederick Cox (second from left), with Officers
of the 6th Light Horse at Gallipoli - Col. Rosenthal met with General Cox, Officer Commanding the new 4th Division, in order to arrange the formation of the various
Artillery Brigades (below).
[Courtesy of Australian War Memorial - P01309.015]

Rumour of new Divis of artillery forming & several appointments made.

With General Hobbs attended at office of Major General H.V. Cox, who is to Command the new 4th Division. We discussed details re new Artillery formation, training etc. I assured General Cox that he would receive my best and most loyal service, and also that of Officers and men. Arranged with General Hobbs for leave of all old 3rd F.A. Bde. Officers for next Saturday night to attend a Regimental dinner at the Continental Hotel, Cairo.