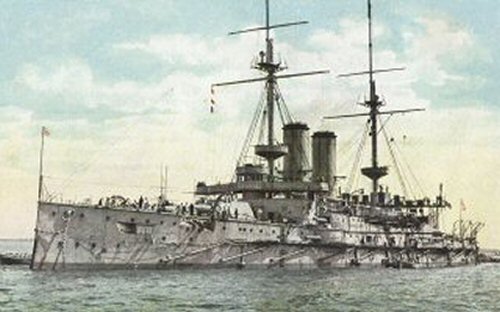 The H.M.S. Russell, a Duncan-class pre-dreadnought Battleship of the British Navy,
played a key role in the evacuation of Gallipoli - on the 27th April 1916, she steamed
into 2 sea mines off the coast of Malta, slowly sinking with the loss of 125 souls (below).
[Courtesy of The Weatherings]

Up at 4 AM. Capt. Tweedie came down from Ismailia with his gunnery officer, Lt. Commander Finnis, & together we rode out to the front line positions & decided on site of Naval Observing Station & route for telephone lines. 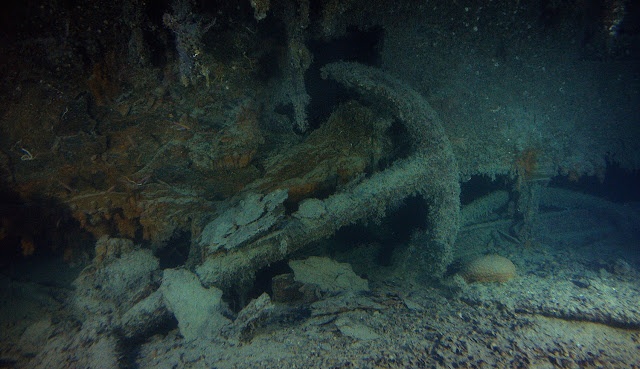