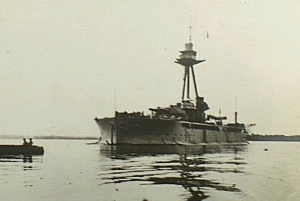 Inspected camp during morning. Made reconnaissance for gun position West of Canal at Serapeum. Wrote Capt. of "Sir Thomas Picton" re communications between him and myself. Allotted our 200 Horses at Serapeum West to various units. Maj. Vernon, Lt. Landsell and Padre Stevenson reported for duty. The latter appears a fine sensible fellow and I think should be of great assistance to us.