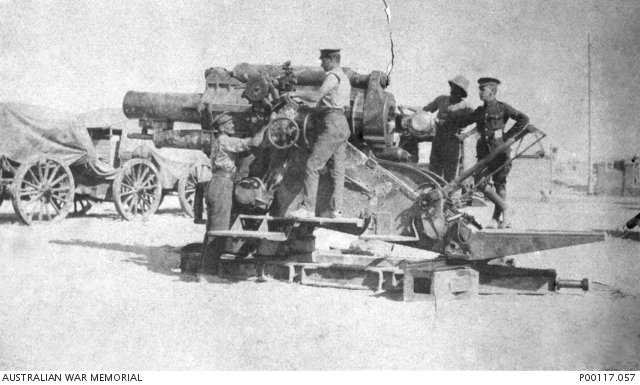 Received a batch of letters. Mr Allan on Mooltan

A B.A.C. was formed in the Brigade and Capt Hordern appointed to Command.

The Battery Commanders were allotted as follows:-

Saturday 29th April
Conferred with Gen. Cox on posting of 4.5" Hows. for use in protecting main Infantry camp against aircraft.
Arranged to commence elementary practise next Wednesday, the How. Brigade being first.
Capt. Tweedie RN, HMS. Sir Thomas Picton, called on me re his ships support to this section. Lecture this afternoon by Gen. Cox to all officers.