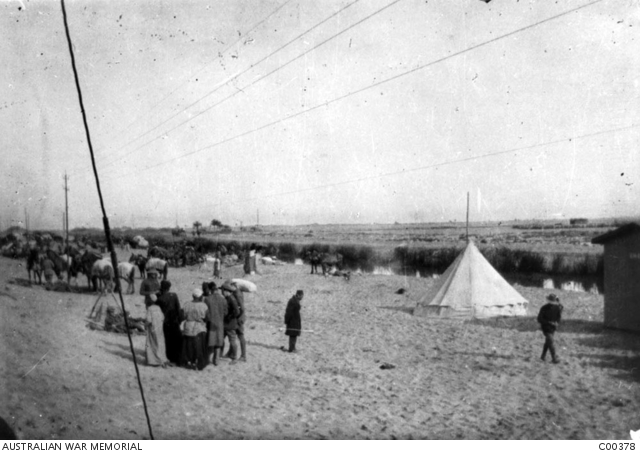 A corner of the 5th Light Horse camp near the Suez Canal, viewed from the direction of
Serapeum, into which the 4th Division Artillery hoped to move on the following day.
[Courtesy of Australian War Memorial - C00378]

Camp Adjutant (Lt. Moore) called on me early to say that Major Aarons was upsetting the camp generally, nothing being right. As I had handed over officially I could do nothing. Moved off to Serapeum with Capt. Forrest and part of D.A.HQrs. Balance of H Qrs. and horses to leave tonight. Arrived at Serapeum a little after three o’clock. Stayed at D.H.Q. to dinner and shared Col. Duncan’s room. Arranged for marking out of camp by engineers tomorrow after Light Horse Brigade is clear of ground.