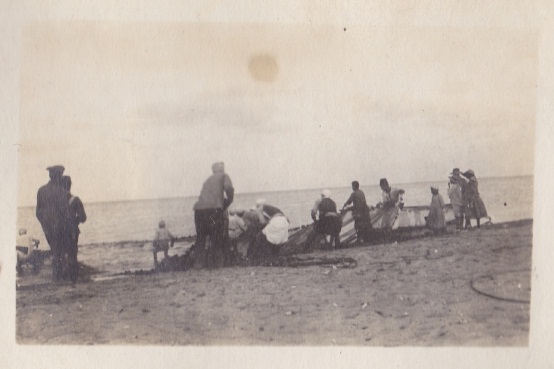 Egyptians pulling in fish from Aboukir Bay, under the watchful eye of soldiers,
1916 - referred to by Gen. Rosenthal below, Abu Qir (or Aboukir, Abukir) was
the site of the second battle of of the French Campaign in Egypt & Syria in 1801,
in which the British Expeditionary Force took the beach from Nepoleon's Army
despite heavy opposition.
[Courtesy of Flickr]

Capt. Hallard & Col. Nicholson who are staying in Alexandria dined with me. Hallard is applying for transfer to 4th Div Arty & I expect will soon receive word approving.