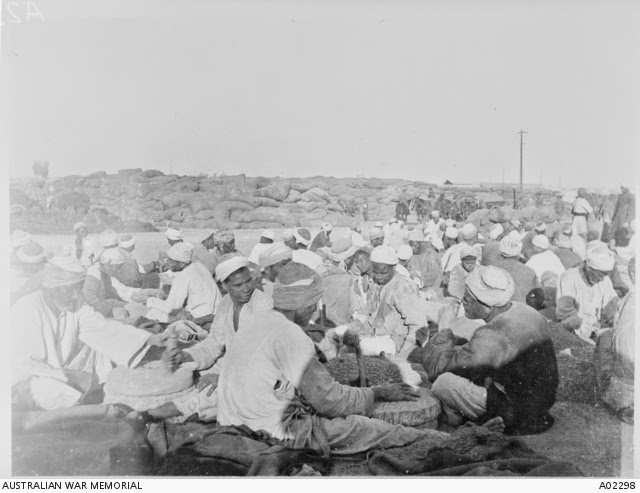 Was cooks mate today.  The battery went out to manouvering and left the guns out there.  Drew rations at 10.30 am.  The storeman takes about six gunners down to the army service corps and two gets wood, vegetables, meat and bread on two lorries (Arab) and the others get two more lorries and get maise, Tibben bran, barley beans and bursine; We got this lot every day.  The cook made a plum pudding today for himself and of course us cooks mates got a bit.  It went bonza.

Units at work on Training Area. I stayed in camp arranging re vaccination and interviewing reinforcements for vacancies in our Brigade. Major Parker and Major Hughes also in Camp as Presidents of Boards.

Capt Jopp visited Carriage works re repairs to saddles, and banked Canteen money. New canteen opened today. Seems very well stocked. I hope it will be a boon to our men. Arranging for ranging table in mess to ensure our officers become prompt and efficient when acting as Battery Commanders. Making changes in Head quarters staff re Corporal and Telephone mechanic which should be satisfactory.