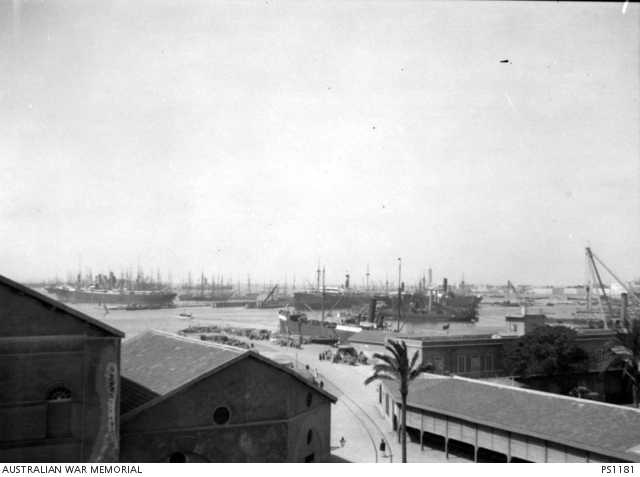 How delightful it was to once more be on the moving over the dancing waves. The most pleasant thought was to be leaving the heat - the flies - the Deserts of that mysterious land of Egypt with its tiresome children. After leaving behind the shores of Egypt Submarines became the burning question and every precaution had to be taken as to lights at night &c. Lifebelts were issued to all hands and various other formulas as to signals &c sent to the Units on board.


[Will Sparkes' diary entry under the 31st May runs into a couple of
days - for clarity, it has been divided up over the coming entries]

Friday 2nd June
Arrived at the Ship "Kinfauns Castle" about 9.30 AM having first of all arranged with Thos. Cook and Sons re baggage. The 12th Brigade arrived in due course at the wharves. Some bungle over loading of guns, the M.L.O. stating they were not to go, but matters were later straightened out. Also trouble about 1 officer and some 5 men with 12th Bde. That also overcome.
Moved out from berth at 5.15 PM, the "Caledonian" carrying 12th Brigade having previously left her berth at 4.30 PM.
We moved out into the stream and anchored. Very comfortable ship. Gen. Cox, Gen. Glasfurd and Divisional Staff also on board. We three Generals have roomy single cabins. Expect to make the run to Marseilles in 5 days if a call is not made at Malta.