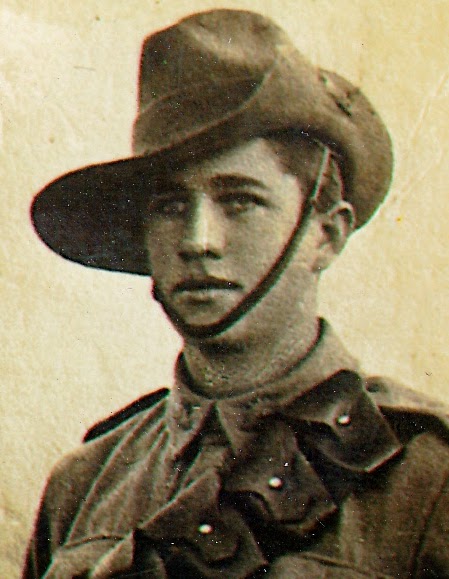 Well the sea is calm as a millpond.  We could just see the southern extremity of India for a while today.  We are in the second division of boats.  The first division went about 8 hours before us.  It is considered safe to travel in these parts.  The Emden had the traders about here frightened out of their wits but now the insurance has dropped 50 per cent.  It is a beautiful evening, the sun is just setting and the clouds on the horizon are tinted with gold, the evening star is just out and a slight breeze is blowing so what could one wish for better than that.  Of course it won’t be for long so had better make the best of it.  I am sleeping out on the horses boxes on the deck, it is a bit too close in the mess room just at present. 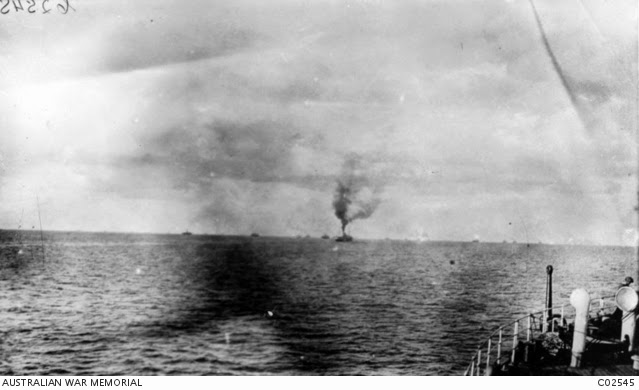 When I appeared at the Bridge at 7AM this morning, India was showing up on our starboard bow. The mountains appeared very high and rugged and capped with clouds. I can at least say I have seen India. Spent the morning preparing ranging model. After lunch a number of the Officers had some practise on it. We have now taken up station as leader of Second portion of Third Division. It means a big relief to our Ships Officers. As I write at 8.30 PM a cluster of electric lights is burning on main deck. Some of the men are dancing to music supplied by an Accordeon, some are card playing and some reading. All are in their pyjamas for it is a close night. The sea has been as still and smooth as glass today, and the sunset this evening was particularly fine.

Have just been in Signal Communication with Col Hobbs. He tells me he has lost 8 horses. We are fortunate for so far we have only lost four. I asked Major Christian how he was getting on with his horses, but I cannot get a reply. We are now travelling in two lines of 5 ships each with the "Ibuki" leading us. Horses are making an awful row through the ship. They are fed at 9 o’clock and well they know it. They stamp and whinney for some time prior to feeding. Attended Battery N.C.Os lecture tonight. Position at noon 7°45’N, 76° 44’E. days run 191 miles.