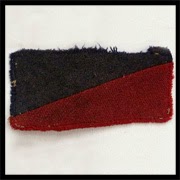 As far back as I can remember, I've always possessed a great respect & special affinity for Anzac Day.  Having been born on the 27th of April, almost 63 years to the day of the fateful landings at Gallipoli, my birthday & Anzac Day have always seemingly gone hand in hand - as both a celebration of my life, & a commemoration of the many young men who, for the betterment of the world at the time, selflessly sacrificed theirs.

From an early age, I have vivid memories of being woken in the pre-dawn hours of Anzac Day by my father, & travelling with him to the Dawn Service at Kenmore near Brisbane - the suburb with which we held a strong affinity, given my descendants on Dad's side had resided nearby in the Brookfield/Pullenvale area dating back to the 1860's.  As a young boy, the concept surrounding Anzac Day was a little alien - some people in a far-away place had decided to do bad things which threatened the world, my two great uncles William & James had agreed to travel to that far-away place to help out, & James had returned home to Australia whilst Billy was killed in a place called Gallipoli.  Each Anzac Day, my father would usher me in to the study, where we would take out my great uncle Billy's Service Medals, Death Plaque & Diaries - I would look on in awe, still struggling with the concept of what war actually entailed, why men chose to travel to far-away places to fight each other with guns & bombs, & what death actually meant...amidst the stories I was told in relation to Australia's First Contingent as a boy, my major fascination lay in the knowledge that my great uncles had both visited Egypt & climbed the pyramids.

Skip forward 30 years, with a Degree in Archaeology, ridiculous time spent on Ancestry.com fleshing out my family tree, a successful blog on Southeast Queensland history & a renewed interest in my great uncle's service diaries I had seen as a child - Billy, like many servicemen during the First World War, documented his service from the moment of embarkation at Pinkenba on the 25th of September 1914, up until his death at Gallipoli...his carefully penned inner thoughts, sent back from "the front" in diary-form, aided in my family's understanding of the hell in which he discovered himself after stepping onto the beach at Anzac Cove on April 26th, 1915.  As a Gunner for the 7th Battery, 3rd Field Artillery Brigade, 1st Division Artillery, Billy's diaries contain many accounts of near misses, the deaths of numerous comrades, & the rigours of artillery warfare.  Unfortunately, when Billy's possessions finally made their way home after his death, including two diaries, one diary covering the landings at Gallipoli appeared to be missing - as such, my family have never truly known what transpired in Billy's life between the 16th of February & 1st of August 1915.

So, in order to help provide clarity & fill in the gaps brought about by Billy's missing diary, I've decided to embark on a major project documenting the deployment of the 7th Battery - on a daily basis & in diary-format - from embarkation in Brisbane through until the evacuation of Gallipoli.  In order to achieve this, I will be drawing upon a number of related service diaries covering the Gallipoli Campaign period (including Billy's), related correspondence published in the Brisbane newspapers of the day, & ephemera sourced from my own personal collection.

I do hope you will all follow the journey as it unfolds over the coming 15 months, & I strongly encourage anyone who either possesses ephemera linked to the 7th Battery, or those with family ties to the men who served in the 3rd Field Artillery Brigade, to get in touch.  I am very keen to talk to anyone who possesses photographs or service diaries of any man who served with the 7th Battery during the Gallipoli Campaign - with your endorsement, I would love to add these to the mix over the coming months to further flesh out the lives of the many young Queensland men who faithfully served, & gave their lives, 100 years ago on a foreign shore...