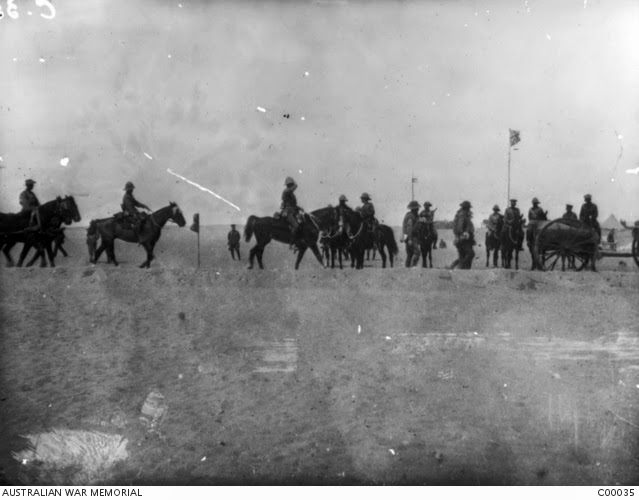 Men of the Field Artillery pass the saluting base during General Sir Ian Hamilton's
review of the 1st Division at Mena Camp, on the 29th March 1915.
[Courtesy of Australian War Memorial - C00035]


Our troops at Mena reviewed in morning by General Sir Ian Hamilton. General Godley also present. He invited us over to Zeitoun in the afternoon to see a review of the New Zealand & Austn Division. Major Burgess, Browne and Hughes accompanied Jopp and myself.

We had lunch at the Continental and then motored out to the review. It was a great sight though the dust rather spoiled the effect. 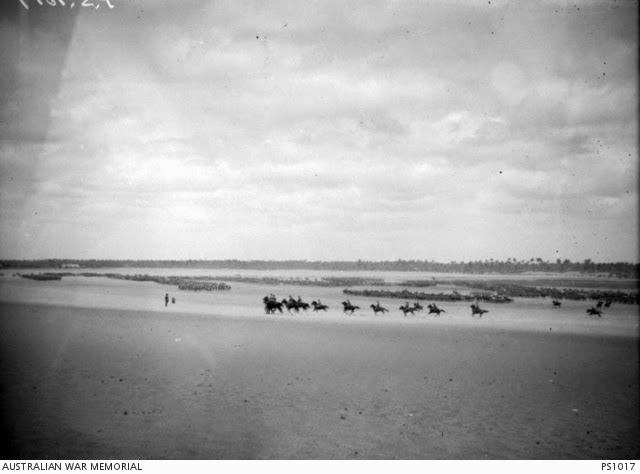 A mounted parade of Artillery and Light Horse, charging forth across the
desert on display for Sir Ian Hamilton, 29th March 1915.
[Courtesy of Australian War Memorial - PS1017]